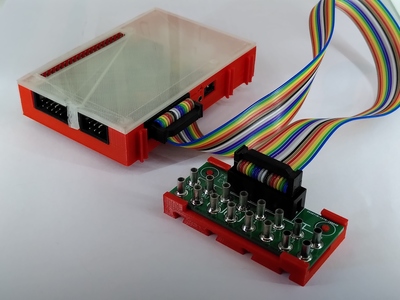 HAT with breakout board

You may have to bend the part of the top covering the power button a little bit to prevent it from permanently pressing the button.

The top side of the HAT is unusable if a display is mounted on its top. Thus the fischertechnik connectors of the HAT are connected via the so-called breakout board.

A mounting plate for the breakout board allows to mount the board at the model. The mounting plate exists in two versions. One comes with a seperate cover to protect the PCB and the connectors and to match the style of the other cases. The basic version depicted below has no top cover. 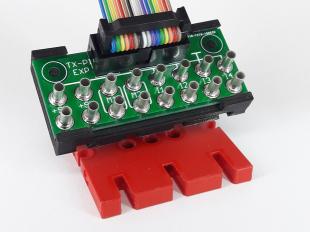